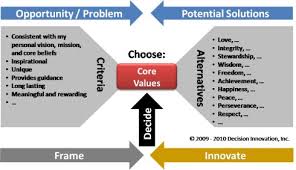 This past weekend Brittany Maynard chose to end her life prematurely before a brain tumor destroyed her life completely. Brittany’s death is not the end of the conversation regarding death with dignity; opening up an examination of conscience regarding personal choice on a national level. Brittany had several choices of how to end her life. She might have slit her wrists and hung herself like Robin Williams. She might have beat it like Michael Jackson through accidental overdose. She might have chosen to overdose on Tylenol or recreational drugs. She might have called upon the Second Amendment to shoot herself. Other options were also open to her, such as jumping off a tall building/bridge or dying from carbon monoxide poisoning while sitting in a garaged car. No, Brittany chose death with dignity, having family bedside while she committed suicide. She received special dispensation by having obtained the proper release form from her doctor, procuring a lethal pill to swallow.

Illicit drug use is always legal when prescribed by a doctor. This same blatant abuse is demonstrated by the numbers of people who obtain medical marijuana cards. Notwithstanding, overprescribed narcotics has become epidemic in this country. Patients have the right to control pain, but it is physician responsibility to not hand out these prescriptions too freely. These medications can kill people. Might this actually be a personal choice and constitutional amendment? Patients often choose doctors who liberally treat their pain adequately and liberally. Physicians can incur sanction or criminal charge if deemed to be drug dealers or Dr. Kevorkian. Nevertheless, gun dealers and slingers can walk the streets undeterred. We have long permitted assisted suicide and homicide in this country through overly permissive gun laws. Why do we limit some choices and not others? Suicide is an equal opportunity which supports equal availability for any and all means.

Brittany claimed not to be suicidal stating, “I’m not killing myself. Cancer is killing me. I am choosing to go in a way that is less suffering and less pain.” She had also remarked that cancer treatment had caused weight gain and she no longer recognized or liked the way she looked. She appreciated the love and support received from her family, but did she truly believe this love to be unconditional during the process of dying and while feeling undeserving of love. In retrospect, I wonder if her suicidal ideation regarding death with dignity might be expressed as choosing death with vanity. Brittany’s choice was to end her life; however, she had no choice in denying the act of suicide under the guise of Oregon’s Death with Dignity Act.

Whether assisted or otherwise, let’s not dress-up or sugarcoat suicide with physicians’ prescriptions. I partially agree with the statement Brittany made during in an interview conducted by NBC News, “What does seem necessary is to get people educated about this topic, to have discussions be based on facts not fear, and really have it be a healthcare choice, which is what makes it a freedom.” Advocating for suicide being a healthcare choice is somewhat illogical. People always have had the freedom to kill themselves without the permission or assistance from a physician. We need to educate, not legislate, personal values. After all, we maintain a separation between church and state. We will never truly reach the heart of the matter regarding death with dignity until this is deemed a natural undertaking and solemn passage with little or no physician involvement. In the final words of Brittany Maynard, “If we change our thoughts, we change our world!”