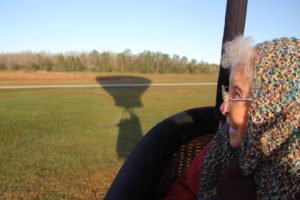 The Number #1 regret of the dying is not having the courage to live a life true to oneself, but instead living a life based on the expectations of others.

Driving Miss Norma is a popular Facebook page, a truly inspiring passage about an endearing 90-year-old woman who “hit the road” last summer after being diagnosed with uterine cancer. Off the Beaten Trail is the soul-searching journey of 18-year-old Jake Heilbrunn, due out this summer. Their remarkable stories brilliantly tie into the message of Wishes To Die For, demonstrating how one is never too old or too young to experience profound personal freedom.

Jake set out to be happy with the life he intended to live – proving to himself that he had the capacity to succeed – off the beaten trail – through traversing countries in Central America. Buying a one-way ticket to Guatemala, he created his own reality TV version of Survivor. He taught English, not through speaking Spanish, but through playing soccer with his students. His sense of adventure and adaptation were key to having the courage to change the things he could while continuing to be true to himself.

Miss Norma stated, “I never intended to live my final days in a nursing home.” Most patients attract what they fear through a self-fulfilling prophesy. Miss Norma engaged self-determination by stating, “You get so old that you have to do what you want.” Most patients with a terminal diagnosis still expect others to tell them what to do. Norma found herself sitting in the doctor’s office, listening and humoring her physician as he presented options for surgery, radiation and chemotherapy. She was prepared and eager to sign herself out AMA, maintaining her wits to have a higher purpose in life than to spend her remaining time as a patient.

From the redwood forest to the Gulf Stream waters, driving Miss Norma off the beaten trail has captured the hearts of “we the people” with images of America’s splendor and what it truly means to be fiercely independent. Being the home of the brave, America’s finest are people who have a dream and inspire others to make their own wishes come true. Americans do not take lightly to being beaten up – nor should they accept the end-of-life abuse so often perpetrated by the current healthcare system. Many more Americans like Norma and Jake need to share their inspiring stories and spread the self-empowering message inherent to Wishes To Die For.

Breaking down the barriers of fear by having wishes to die for is a means for people to succeed in life and achieve victory in the end. Wishes arise from the heart and are directive, allowing people to live on their own terms and pave their own paths. Curiously, a grandmother named Norma and a grandson named Jake share one grand-perspective of personal fulfillment. Their ageless passion and profound enlightenment provide prime examples of why all people need to read Wishes To Die For and begin to cultivate the desire and ability to surely follow their own hearts.