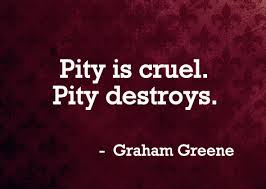 Surrounded by family early this month, Brittany Maynard left this world in a blaze of glory, courage, wonder and fireworks. Meanwhile, I witnessed the counter-strategy of another patient enduring the end of life while waiting aimlessly in the Emergency Department.  This patient was in her 70’s, had metastatic lung cancer, kidney failure and total bone marrow suppression. In other words, she had few white cells to fight infection, few red cells to transport oxygen and few platelets to clot blood. Her evaluation had been completed prior to my arrival. Her disposition was to be admitted to the hospital and receive transfusions once she had adequate IV access.   Never mind the fact that no one would dare make any blind needle sticks to a patient whose blood would not clot, risking her life.

While phone calls were being made to enroll interventional radiology at the highest level and maximize the attempt at finding the vein through imaging, I walked by the patient’s room and saw her waiting in solitary confinement. No one knew what to do for her or even wished to touch her at that moment. Proper physician conduct would not allow me to intervene on another physician’s patient unless requested. With the relay of patient care, sometimes referred to as turfing, the hospitalist took over as it was assumed that the patient would be admitted to the hospital. The ED physician was off duty and ready to wash his hands of the situation.

It came to pass that the hospitalist entered the room, obtained the patient’s medical history, performed a physical exam and made an assessment. He emerged from the room following his evaluation with an order to call hospice. If the patient was not dizzy upon arrival to the ED, she must have been in a tail spin by now. What direction had she intended to go in regarding medical treatment prior to presenting to the ED? Had she not chartered her course for terminal illness? Who was ultimately responsible for the care she was receiving? Certainly, she had been informed of her terminal situation, yet seemingly “turfed” her end-of-life decisions to the hospitalist that day.

An hour later I walked by the room and noticed five or six family members gathered at bedside. It looked to be a pity party with very little personal interaction. What are people to say when a patient is being ejected from both the hospital and life simultaneously? This must have been embarrassing for the patient; feeling as though she was being hauled off to a concentration camp to await death. She had no choice in this situation, or did she? Empowerment and personal dignity arise from choice. Imposition and indignation arise from poor planning resulting in pity. There is no rewriting the end of life. Therefore, we need Advance Care Directives to combat its imposition and annihilation.