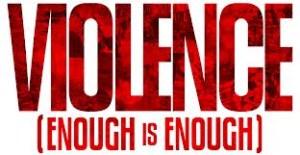 Richard Martinez, the father of a slain UCSB student last week, has vowed to start a write-in campaign to address “Enough is enough” in regard to gun deaths in the U.S. While at my nephew’s graduation this past weekend my sister-in-law stated, “If her daughter’s school declared a valedictorian, there would be a bloodbath for the top spot.” Perhaps a little competition and gun ownership goes a long way; full-on competition and armament seems to wage wars.

WISHES TO DIE FOR expands upon the judicious use of the healthcare system in a similar statement of “enough already;” particular when patients receive palliative care. In its Latin derivation, palliative means to cloak. As family members and physicians hover over patients toward the end of life, I observe patients being smothered. The Herald-Tribune recently published the article, “Why Don’t More Doctors Give the Care that They Would Want?“ It mentions that patients see an average of ten different doctors in their last six months. Personally, I don’t particularly care to be smothered by ten doctors before dying.

Upon googling the phrase “enough already,” I was struck by one explanation that stated, Please stop now, before I become violent. In a society that promotes a no holds barred in regards to Advance care and Second Amendment rights, whatever happened to the concept of anything in moderation? Repercussion from the extreme of saving and defending a life push people to the brink of assisted-suicide and homicide.

Martinez reportedly and rightful asks, “When will this insanity stop? “When will enough people say, stop this madness?” I question whether this is a personal initiative or a political campaign? Do I arm myself with an Advance Care Directive that, in essence, enacts a blood bath or a peaceful surrender? Might I assert self-defense through non-violence? If a little competition goes a long way, how far might a little kindness go? Would it stop the madness? Would it stop me and others from becoming victims?

Competition spawns violence. Moderation affords mercy and forgiveness. Whatever trespasses and illnesses may come my way, this doctor wants the care that leans toward moderation. By setting boundaries at the outset of realizing I will die one day, I give myself permission to live and to die without becoming violent in the process. Enough is enough when my aim in life is contentment, not armament.