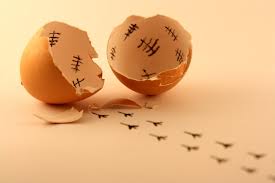 It is never easy to go out on a limb with patients and family members when nearing the end of life. Recently, I had the pleasure of attending to Penelope, an endearing elderly woman who was transported by EMS to the emergency department due to a change in mental status. Her distraught daughter rushed into the room within minutes of Penelope’s arrival and scrambled to find the notebook listing Penelope’s vital signs at every waking hour for the past several days. Penelope was being treated for a urinary infection and had recently stopped chemotherapy for multiple myeloma. She had vague pain over her bladder, but otherwise seemed to be pleading for mercy.

While sitting at the computer and entering orders on behalf of Penelope, I wondered if hospice had been consulted. I felt self-defeated even as I called the daughter out into the hallway and inquired, “Has hospice been consulted?” I could see the anxiety of the daughter physically evaporate. She had actually raised this hope with Penelope’s primary physician four days prior and was shamed into believing it was too soon for hospice to be consulted. Although, I had doubts that significant change had occurred in Penelope’s condition, my belief is that most patients receiving palliative care that arrive in the ED generally deserve a hospice consult. Presumably, this situation would be no less serious than a cardiac patient having chest pain having a cardiology consult.

Oftentimes, the task of emergency medicine is to capture people who fall through cracks in the healthcare system. If emboldened EM physicians can go out on a limb and recognize patients who are dying sooner than later, might we also initiate hospice consults as a matter of standard practice? InWishes To Die For, I wrote, YOU CAN’T HANDLE THE TRUTH if a hospice consult is declined by a patient. I wonder how many patients fall through the cracks of physicians not diagnosing the truth of patients being near death. Free at last! It appeared as though the daughter was skipping while pushing Penelope out of the department. Arrangements had been made for home hospice the next morning.

There was a remarkable moment that ensued as the great-grandchild boldly approached me and questioned why I was releasing Penelope from the hospital so soon. I essentially explained that it was the honorable thing to do, given the circumstances and Penelope’s aversion to hospitals. He understood and politely thanked me. In retrospect, I realized that my practice of medicine may not be remembered for how I cared for patients, but rather how I effected the hearts and minds of their descendants.