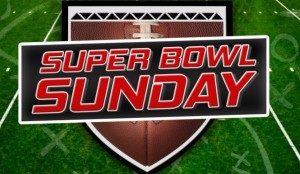 Super Bowl Sunday is the unofficial day when New Year’s resolutions end. After 30 days, these prospects generally become an effective way of living, or go by the wayside. Once the pizza, chicken wings and Nachos Grande are served along with the Margaritas and draft beer, who dare to uphold resolutions that call for withholding alcohol and junk food. We typically vow to live a little before we die, going for the gusto before biting the dust.
Having a balanced game plan of offense and defense allows for us to be open to trying new things, while learning what might go against our better nature. For example, many people aspire to being vegetarian only to acquiesce to eating a hamburger – appreciating who they are as carnivores rather than who they are supposed to be as vegans.
Making a New Year’s resolution is similar to creating a game plan with the goal of scoring a touchdown. The touchdown is perceived as the means to winning, but more importantly provides the awareness of what it takes to succeed in the game of life – through experiencing a moment of glory.
Adopting strategies, along with practicing and maintaining perseverance, are key factors in achieving a goal. Most people set the goal of living as long as possible, in essence, continuing to extend the goalpost further back. Similar to the proverbial donkey chasing the carrot on the stick, we may never achieve a touchdown from this perspective.
Some people envision the touchdown as retirement, having the opportunity – moment of glory – to slow down and become more carefree. Oddly, many people claim to be busier after they retire. There is a belief that if they slow down, they might become sick or – god forbid – OLD.
Few people would ever imagine that becoming old relates to attaining a touchdown. Seemingly, they abruptly switch sides and begin playing defense against their better nature – out of the fear of dying or inherent challenge that expresses, “I can’t live (die) this way.” People prefer to be relevant rather than retired. Dignity is often perceived as maintaining relevance, making plays and offering contributions.
The biggest contribution that we ever make in life – the ultimate touchdown or resolution – is beyond simply being crowned a winner and truly aligns with advocating for world peace. Every beauty queen, acting as a cheerleader, promotes this desire for world peace. Global peace begins inside the person along with a profound resolution to find peace wholeheartedly – reaching this end zone of being carefree.
Many people at the end of life seem to worry themselves sick instead of striving to be carefree and seizing the moment by expressing, “If I died at this moment (of being carefree), I would die happily. Being carefree is achieving through the mind-body connection – the free flow of energy between a mindset of bliss and a body at rest. This daily practice occurs through setting an intention at the beginning of the day and realizing pure contentment near its end.
The thrilling moment of a touchdown might align with the peaceful surrender of being down on one knee – seen by the football player in the end zone or a person saying nightly prayers. The unabashed petition to live carefree during the big showdown at the end of life might be equivalent to the sky-high moment of scoring a touchdown on Super Bowl Sunday.