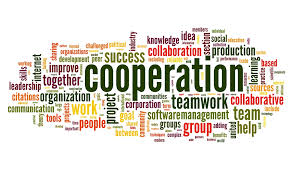 We may never be certain about what the universe has in store for us until we begin listening to the world around us. The blog site, Growing Coaches, states that active listening is one of the greatest skills for a coach to practice. I never think of coaches needing to practice. Their expertise seems to arise from knowing more than doing. As my practice of medicine evolves, I appreciate the value of doing less and coaching more. As there are life coaches, I have aspirations of becoming an end of life coach.

I have a friend who believed that one of her friends with metastatic liver cancer could use a coach. Perhaps I might have an opportunity to practice! If her friend had the desire to die consciously, I wanted to participate in the process. After a rousing conversation, there seemed to be no follow-through on her part. A good friend of mine who happens to be a professional therapist questioned, “What was I expecting?” As a coach, I was expecting to volley ideas. If she was going to share in my expertise, I wanted to eavesdrop on her reactions to my advice. Certainly, this woman had a lot on her plate while receiving another course of chemotherapy, but did that excuse her from strengthening her game plan?

In the conversation that eventually did occur, she had begun to explore the question of personally manifesting this cancer in her life. She was becoming increasingly offended by people who seemed to be smearing their pity on her. When I inquired as to her game plan after completion of the current course of chemotherapy, she sounded clueless. She was aware that the tumor markers were lowered in her blood work, indicating a positive response. Was she now enrolled in a cure, a remission or watching the numbers bounce up and down? Her self-proclaimed purpose in life was that she was a good listener. Does a good listener also need to ask the right questions?

After our conversation, I attended a yoga class where the instructor called upon us to “fluff our auras” and shoo away any bad juju. I wondered if this technique would have been useful for my new friend’s aura that had been infiltrated with cancer. Notwithstanding, I recalled the responsibility given to it’s not what happens to you, but how you react to it that matters. Did she react to cancer by regarding it as a crisis or an opportunity? Did she manifest this cancer or abdicate her responsibility in transforming it from a negative to a positive. Were other people responding negatively to her negativity? The instructor may call upon students to “fluff their auras” and build strong wings. Will these wings potentially support survival of the fittest or transcend any inherent negativity to dying?