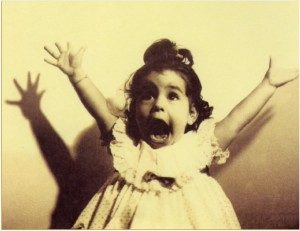 Gift ideas for grandparents are easy. A card, phone call or visit will suffice. Seniors generally have all the stuff they need and prefer others not make a fuss. While some grandparents may enjoy travel, most tend to be homebodies. The perception of being unadventurous and not living fully can often be unsettling for others. Most elderly will claim that they have had a good life and require less interaction with others, especially doctors. Many other holidays present opportunities to connect with grandparents and for family members to realize that grandparents may not be doing as well as expected. Illness and depression are prevalent among the elderly; it may be time now to do something for their own good. Consequently, Grandparents Day often becomes a big celebration in the emergency department.

Grandparents and grandchildren share a special bond of vulnerability regarding supervision and intervention being provided on their behalf and for their own good. Let kids be kids is the advice grandparents give to their children, but rarely adopt for themselves as parents. Let seniors be seniors requires an even greater leap towards letting go. Letting go is the practical application of unconditional love. This type of love is not the blossom of a forget-me not flower, but rather the supportive indifference of the patient flower. Patience as tolerance allows children to be free to be me and seniors to have their wishes granted.

Parents as caregivers readily lose patience because they are simply too close to their own children and parents to easily step back from attempts at intervention. They often become busybodies without boundaries. Do-gooders insist that grandparents die better in hospitals as they feel less guilt regarding not doing enough to save their lives. Certainly, President Carter is confronting his own personal do-gooder in the role of grandparent while attempting to fight brain cancer at age 90. Who dares play the devil’s advocate by suggesting that this brain cancer might be a godsend for a life well-lived? Only those who believe that the indifference of unconditional love trumps unending suffering.

Grandchildren are loved unconditionally by their grandparents. This relationship extends to the perception of God as a Grandparent who loves all humanity as his children. God as the Father tends to discipline his children, expecting more from them. Despite the significance of the grandparent-grandchild relationship, grandchildren are typically sidelined during end-of life conversations. I had a forget-me-not awakening during a speaking engagement regarding end-of-life care. I questioned a young woman as to why she was purchasing my book, Wishes To Die For. She simply replied, “I have a grandfather.” The unspoken implication was that she had an unconditional duty that was born from the love of the man she presumably hailed as God.

This granddaughter’s ability to essentially step up and assist her grandfather from one existence to another, from one side of the street to the other, melted my heart. It was the quintessential good deed as demonstrated by a boy scout helping an elderly person cross the street. I witness the same act of kindness at the gym when a young bodybuilder graciously responds and assists an elderly man with an unfamiliar machine or modifications to his workout. Senior citizens become forget-me-nots or hurt themselves when failing to ask for assistance with unreasonable undertakings. By gathering their thoughts during the prime of life through reading Wishes To Die For, people are less likely to be forgotten and more likely to be dearly remembered. The greatest gift of being a grandparent is to love and be loved unconditionally.