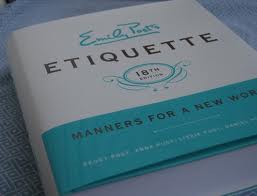 On this Mother’s Day I remembered Mom’s advice, if you don’t have anything nice to say, don’t say anything at all. Nevertheless, patients have the right to be informed about their medical condition and treatment options. A frail sixty-six year old male patient with brittle bones presented to the Emergency Department after breaking his foot and ankle. His wife had stepped out to attend a Kentucky Derby party and he had stumbled with his walker while negotiating his way to the bathroom. Four days previous, he had returned home from a four-month stint at a rehabilitation center for complications from dual surgeries for a hip fracture. This ordeal had left him with a bleeding bedsore on his buttocks.

After examining the patient, his wife was quick to impress on me the need to keep him in the hospital and ultimately return him to the extended-care facility. She advocated that he be placed there permanently, but pleaded with me not to tell him. I agreed; there was no hope for this man’s recovery and there was no reason to belabor the issue. While writing his preliminary admission orders, there was a question about his code status. Were we to resuscitate him if his heart stopped? Should it be a topic of conversation or simply understood that saving his life to live the remainder of his days in a nursing home would be a fate worse than death?

While his wife was adamant that I discuss the matter with her husband, he was indignant that I would raise the issue of him dying anytime soon. Of course, he wished to be resuscitated. Why would anyone, particularly this patient with COPD, heart disease, kidney disease, hypertension and diabetes among other ailments not “wish” to be resuscitated? The common denominator and humbling factor is that when I can no longer give a patient hope or say anything nice, perhaps I could avert offering resuscitation as a viable option. Proper etiquette would seem to advise discretion over full disclosure.

While discussing a poor prognosis, physicians essentially back patients into a corner and put them on the spot. Forcing patients to make difficult decisions during difficult times may appear unethical and therefore, inhumane. Backing this man into the corner of a nursing home may have been the reality of his situation; however, might it eventually become an option to politely, quietly and legally let him rest in peace without the need to inquire about resuscitating him?