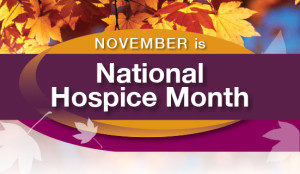 Sadly, I attended to a 40-year-old woman who had been bedridden and unable to speak for eight years due to Huntington’s disease.  Her hospice care had been discontinued when a dispute occurred between her mother’s desire to prolong life and her husband’s wish for her suffering to end. Meanwhile, the patient laid unresponsive. While it was presumed that she had another infection, the patient immediately woke up when an antidote was given to reverse the narcotics in her system. Her weakened state reminded her husband the physician was recommending a feeding tube. He shook his head in frustration. Clearly, it was time to reconsider hospice care and he agreed. As the medical power of attorney, he would deal with his mother-in-law. The hospice nurse determined that this patient met the necessary requirements for hospice care, but the physician who was advocating for the feeding tube had to authorize it. This nurse remarked that not all physicians readily endorse hospice care, oncologists were the worst offenders.

On a subsequent shift I cared for a hospice patient who had discontinued chemotherapy for Multiple Myeloma following admission to the ICU for a heart attack.  As the Multiple Myeloma was now progressing, his bone marrow was overproducing cancer cells while his red cells and platelets were in short supply.  He was advised to be admitted to the hospital through the ED in order to receive the necessary blood transfusions. Was this necessary? I surmised that the transfusions were necessary because he was angry. Fate had given him a bum rap at the ripe old age of 81. He remained adamant on going for the gusto with valiant fervor. However, I did not consider him an actual hospice patient. He was receiving palliative care under a hospice pretense with a hostile agenda. Hospice care that potentially allows for peaceful transitions requires humility from patients, physicians and caregivers alike. Humility is what makes hospice care understandable and offers peace of mind to those aspiring to receive dignity and respect at the end of life.