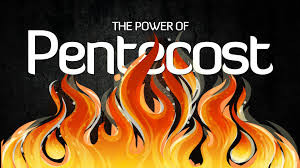 And tongues as of fire appeared to them, distributed among them, and rested. ACTS 2:3

Fr. Pius Sammut’s account in The Meaning of Pentecost traces this event’s origin to the concept of Salvation. As in the first chapters of Genesis, God presents a wonderful plan for personal fulfillment that culminates in people defiling his plan. People built the Tower of Babel and conceived of a universe in which they could reach heaven without the presence of God. Why should I be dependent upon someone else? I must decide for myself. I know better. I am my own god to myself. I know what is right and what is bad. A similar type of sentiment might prompt the creation of personal healthcare directives. In contrast to Babel, where chaos and confusion exists, Pentecost promotes unification. The divine Spirit of Pentecostmight ignite a discussion of universal healthcare directives.

Pentecost could inspire communion with death and lead to salvation through the consensus of a universal healthcare directive. We gather at dying patients’ bedsides. We meet with attorneys. We avoid so-called Death Panels and seek out Death Cafes. We speak in tongues about the right to live or die, but often become frightened at the uncertainty that surrounds our own death. Do healthcare directives enlist God’s plan for personal fulfillment or defile of His plan? Do we let nature take its course or attempt to turn back the hands of time?

MedicalXpress released a recent survey titled, Doctors reluctant to discuss end-of-life care with heart failure patient. The survey comprised ninety-five physician providers from the Mayo Clinic system. Of these, only twelve percent of the providers discussed end-of-life care annually, as is recommended by the American Heart Association. Thirty percent expressed discomfort with these conversations; others thought patients were not ready or did not wish to sabotage existing hope. However, the article mentions that there is no evidence that discussing end-of-life issues destroys hope. Ninety-five percent of these providers had referred some patients to palliative care during the previous year. A universal healthcare directive would have 100 percent of providers refer 100 percent of patients to palliative care during the following year; provided there is concern for patients’ salvation.