You are here: Home / Yourself / PERSONAL DECLARATION OF INDEPENDENCE: MY WILL TO DIE 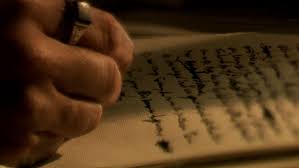 Whereas a terminal condition in its broadest definition leads to death, I underscore and accept that the experience of living will naturally progress to a time to die and my life will end. As defined in the practice of medicine, a terminal condition is an incurable and irreversible illness that leads to death. While treatable medical conditions exist within incurable illness and might be treated for a long period of time in order to prolong life, I would respectfully decline any intervention that might prevent terminal illness from ending my life, particularly while mentally incompetent or unconscious.

Incurable and irreversible illness include: end-stage heart, lung, kidney, and liver disease; diabetes, overwhelming infection, HIV-related illness, most forms of cancer and neurological illness such as stroke, ALS, Alzheimer’s and Parkinson’s disease.  The hallmark of this WILL TO DIE emphasizes my desire to die naturally and gives respect to incurable illness actually assisting in my death. Moreover, I define a terminal condition as being an insufferable and irreversible existence whereby I am unable to live semi-independently following a three-month period of treatment or rehabilitation.

Potentially enduring a terminal condition and incurable illness will justify the personal resolve to have my life end. In lieu of prolonging the time to die, my apparent demise would free me to decline ongoing life-sustaining care in conjunction with the survival rule of threes: thirty minutes of CPR if initiated, three hours on life support if declared brain dead, three days in an intensive care unit, three weeks of hospitalization or three months residing in a long-term care facility.  If my recovery lapses while in an unconscious or semiconscious state, I am not to be transferred to a higher level of care.

My living will recognizes that personal dignity and sanctity of life is to be respected, secured with the blessings of free choice, self-determination and the realization that death is an inherent, inevitable and inalienable birthright.  As such, I choose to honor the significance and responsibility of being able to decide and declare autonomously whether the quality of my life remains worth living. This WILL TO DIE provides the necessary documentation that advocates my intention to die of natural causes when a terminal condition is present and quality of life becomes mired in total dependency.  This WILL TO DIE intends to enshrine my humanity in the midst of a terminal condition.

Any living will is drawn from mindful conviction and heartfelt wishes. My three wishes are give me liberty or give me death, respect my dignity by advocating certainty and show me the mercy. Illness and dying may cause my mind to waver as my body deteriorates. While dying, I may be vulnerable to righteous claims, coercion and tactics that undermine my WILL TO DIE. As a conscientious objector to having life sustained indefinitely, I respectfully wish to silence and absolve those who may feel legally obliged to inform or persuade me with offers of life support. My WILL TO DIE abides in the truth that there is a time to live and a time to die, given by my own terms as outlined.

My end-of-life plan allows me to envision transcending peacefully from this life while lying in the solemn state of levitation.  I wish to leave this world unattached to any machines, tubes, lines, infusions or fluids; a simple saline lock will suffice in order to administer sedation. For those who honor my time to die through nurturing and lifting my mind, body and spirit, I commend a similar blessing to their lives and deaths. My WILL TO DIE ultimately provides a prayer for peace and a more universal appeal to encourage others to have their own “wishes to die for” during a time to die.