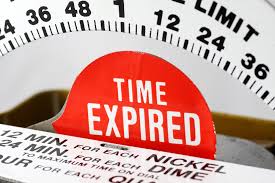 Are term limits for U.S. presidents necessarily good? After listening to Lindsey Graham bemoan the loss of President Bush during a Republican debate and feeling remorse for President Obama as he delivered his final State of the Union address, we can certainly agree that asking too much of one person is unhealthy for society overall. There needs to be a timely and peaceful transition of power from one state of being to another with consideration being given to a proper legacy as well as a promising future.

Having a lifetime agenda, similar to a presidential tenure, creates a much needed understanding and motivation for there actually being a short amount of time to make a real difference in the world. Many people believe that they have all the time in the world and prefer to wait and see how life turns out. Notwithstanding, we are all apt to leave unfinished business along with an example of leadership and relevance – a personal philosophy or “Monroe Doctrine.”

Following their 4 to 8-year-terms in office, presidents assume an emeritus status with usually no further political ambitions or policy-making decisions. Former presidents are seen golfing more and building upon their legacies. Patients deserve this same type of carefree existence. After 8 decades, patients might consider rethinking issues of physical prowess, personal ambitions, and medical obligations while abdicating control. Letting go is not about hastening death, but rather about how we seize the moment and truly experience being respected and “emeritus.”

Sadly, I rarely care for patients over the age of 80 that are carefree -able to do what they want. There are no term limits set in regard to prolonging life. Patients typically receive medical intervention for their own good rather than having a sense of well-being – being given the option to leave well enough alone. They are still often obligated to serve their family and society in an “undying” capacity. What both patients and presidents seem to be up against is the pathos expressed in the words of Lindsey Graham, “I miss George Bush – I wish he were still president today.” Without term limits, “voters” typically get what they want while patients, as politicians, rarely get what they wish – a break from others’ expectations.

Collectively, our legacy is seen in the stars and stripes forever. When dignitaries pass away, American flags are draped over coffins and raised to half-staff. During the darkest hours of these term limits or personal battles, the image expressed in the Star-Spangled Banner gives us “proof through the night that our flag was still there.” Successfully balancing term limits with final legacies will offer proof of personal dignity. We may never have legal term limits to a lifetime, but we owe it to ourselves to establish this humane undertaking and advance directive.