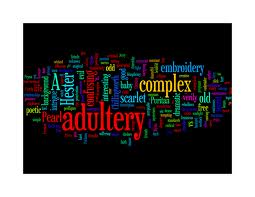 Halloween inspires horror stories of lives that end tragically and end-of-life stories that result in character assassination. Barbara Mancini is an emergency nurse. As a cohort and emergency physician, I can serve as a character witness. Nurse Mancini headlined 60 Minutes this week with her story of being arrested for aiding in the death of her 93-year-old father. Terminally ill from cardiovascular disease and receiving hospice care, he had been perfectly certain that he wished to die. One morning he asked Ms. Mancini for his bottle of morphine and promptly ingested what remained in the bottle. After being informed of this personal matter, his hospice nurse contacted the police.

Ms. Mancini, his acting healthcare proxy was taken to jail. Her father was transported to the hospital against his wishes and the sedating effect of morphine was reversed. Ms. Mancini was stripped of being her father’s caregiver and required to take an unpaid leave from her job. This public humiliation and righteous indignation reminded me of the novel, The Scarlet Letter, which takes place in a Puritan setting nearly 400 years ago. At present, the same storylines of dignity, legalism, morality and guilt continue to challenge our culture, creating chaos at the end of life rather than peace.

What I find most disturbing in this story is that the hospice records noted Ms. Mancini’s father as being a difficult patient who would periodically refuse medication. Was hospice intervention attempting to keep him alive while he had a wish to die? In good conscience, what type of physician would reverse the effect of morphine on a terminally-ill patient? Is there no charge for aiding and abetting suffering to those dying? This man died four days after the morphine overdose. His death certificate listed “morphine toxicity” as the cause of death. The hospital records indicate that he was more irate from the cruelty shown to him and his daughter than actually being ill from the morphine overdose. Is there any doubt that this man died of a broken heart caused by a broken legal and healthcare system?

Dr. Ira Byock, a palliative medicine specialist, states, “Human beings have intrinsic value.” When patients’ self-worth becomes diminished, “Dignity is held by the family and resides in the relationship.” However, Dr. Byock’s assessment and plan for this medical conundrum enlists more effective hospice intervention rather than an acknowledgement of the unconditional love between a father and a daughter. Without thinking, Ms. Mancini freely handed him the bottle of morphine from arms extended from a nonjudgmental heart; honoring the profound relationship between intrinsic value, free choice and self-determination.

Ms. Mancini can rest assured in having followed her heart and can proudly bear the title Scarlet RN as a badge of honor. The healthcare and legal system will continue to have blood on their hands for the massacre of this man’s life, death and dignity. The chaos at the end of life will continue to haunt society until there is a coherent message. One that proclaims true compassion arises from free choice and dignity becomes adulterated from condemnation.