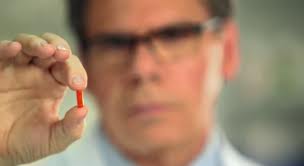 On October 7, CNN’s headline read: My right to death with dignity at 29. My inbox was flooded with emails regarding the heart-wrenching story of Brittany Maynard, diagnosed with a brain tumor last year shortly after her marriage. Following a craniotomy to remove the tumor and pain-staking research to determine her prognosis and options, she left California to establish residency in Oregon in order to access medical aid in dying. She now possesses a lethal pill that empowers her choice to live or die. She has chosen death with dignity and rightly believes others need this essential weapon to use in self-defense of dignity.

When did death with dignity come to mean physician-assisted suicide or aid in dying? This was signed into law and brought into public consciousness by the state of Oregon in 1997. Having passed the Death with Dignity Act, Oregon residents with terminal illness have the option of being prescribed a lethal pill. Can death with dignity still occur through other means? Is there something undignified about a terminally ill patient choosing not to take this pill? How much confusion is inherent within current statutes across the country regarding end-of-life? As a physician, I am legally required to initiate CPR on patients who lack Do Not Resuscitate orders. Morally, I cringe at the cracking sound of a frail patient’s ribs while preforming chest compressions.

My upcoming book, WISHES TO DIE FOR, addresses the issue of death with dignity from many aspects of personal choice. I gravitate to the prospect of dying from infection over taking a lethal pill when life becomes insufferable. Does selecting to die from natural causes diminish dignity? Are we being sold the idea that dignity is contained in a magic pill? Death with dignity is in the eyes of the beholder. Having compassion for others allows for individual choice and respects human rights. Dignity arises from the certainty of being right regarding personal choice, but becomes degraded when strictly peddled as medication.

Advocates of physician-assisted suicide continue to struggle with the proper terminology necessary to brand this controversial measure as palatable. These advocates seem to have taken sole custody of the word dignity while making it appear to be elective and selective rather than inherent and inclusive. To reclaim dignity for myself and others who prefer not to equate dignity with ingesting a pill, might sensitivity be used to rename the Death with Dignity Act as the Death with Compassion Act? I believe we all agree that compassion is paramount to providing care at the end of life. Nevertheless, supporting individual choice cannot come at the sacrifice of dignity being reduced to the size of a pill.