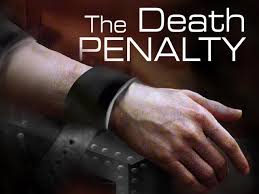 The botched execution at the Oklahoma State Penitentiary last week reminds me of what we as a society fail to view as being right regarding death.  Most of us believe that no one deserves to die; therefore, lengthy appeals are filed to ensure that no one dies unjustly or in an untimely manner. From the perspective that no one deserves to die, I believe that lengthy death sentences are an injustice. “Why do we keep these patients alive?” As an Emergency Medicine physician, I frequently struggle with this question. If the film, Heaven is for Real, is convincing, would it be merciful to believe that people on death row deserve enjoy heaven sooner than later?

Believing that all people deserve to go to heaven changes both the paradigm and the paradox of end of life conversation. I believe the simple truth is that all people die and deserve to die humanely.  When people do not deserve to die, frequently, more is expected from them than may be humanly possible. As I attended to a sixty-one year old woman with severe emphysema in respiratory distress from the left side of the gurney, her children kept watch over her life from the right side. While she obviously did not deserve to die, conversely, did she deserve the life sentence of imprisonment on a respirator for having been a smoker?

This patient, literally, had no say in the decisions being made. She was exhausted and poor ventilation was causing her carbon dioxide level to rise, contributing to somnolence. She had previously been on a ventilator and the children were well-aware of her “aversion” to this intervention. This had occurred five years ago when she was not on continuous oxygen. Presently, her worsening lung disease required continuous oxygen. In believing that this woman deserved to die, I found myself strangely acting in the role of an executioner rather than doctor.

Deep down I continued to act in the best interest of this patient while aware that her children were pulling for their mother’s exoneration and survival. My patient, their mother, was holding her own for the moment with adequate vital signs, oxygen saturation and comfort. Therefore, all of us took a step back to see how she would progress on her own. Often left unspoken, the proverbial patience is a virtue might respect the process of dying.  People all deserve to die on their own time and terms with forbearance and mercy.