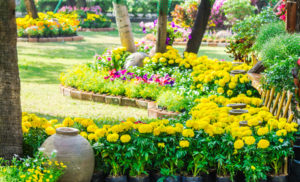 Karl looked to be in the prime of life. He was 62-years-old with an athletic build and an easy-going personality. He came to the ER with his wife, Julie, for difficulty breathing. Karl had experienced a series of unfortunate illnesses that began with an ankle injury. Following surgery, he developed a flesh-eating infection that resulted in the amputation of his leg below the knee.

Karl’s lung cancer created a pleural effusion, or fluid collection, between his left lung and chest wall. This new finding on his chest X-ray indicated that his cancer was worsening. During the summertime of caregiving, many medical conditions, like flowers, bloom at the same time. During this stage of life, patients feel as if they’re bombarded by an onslaught of medical problems. Karl maintained a strong will to live, but interspersed in his season of summer were emotional thunderstorms.

Caregiver’s can best handle the onslaught of multiple medical conditions with these tips:

Karl was near death, but did not feel or look as though he was dying. Yet, the ER doctor thought it was important to give Karl the option to either have the fluid drained from his lung cavity or allow natural death. Julie immediately perceived where this conversation was going and knew Karl was not ready to give up. She spoke up on his behalf and claimed, “We’re not there yet.”

As a caregiver, you need to be proactive and sense what is most important to your loved one. Your day- to-day interaction with your patient provides clues to his or her level of commitment. Although Karl was nearing his final days of summer, he was still able to enjoy life and did not appear to be suffering.

Julie’s stand to defend Karl’s desire to live demonstrated her commitment to him. She had his back. As an effective caregiver, your ability to be a mind-reader will earn the respect of your patient. You must be less committed to one way of managing the situation, while remaining open to the treatment your patient prefers. Your patient’s ability to trust you will better serves your ability to guide the situation through the remaining seasons of caregiving.

Co-morbidities are medical conditions that pile up and add to your patient’s suffering. Having a leg amputated is a tragic life event, yet that was Karl’s least concern now. His progressing lung cancer was cutting his days short along with his breathing. If Karl intended to thrive during this stage of life, he would need to declutter his life of treatments/medications that him feel ill.

Caregivers are prone to worry about almost everything. You need to train yourself to trim the overabundance of medical issues based on what your patient choose to focus on. If your patient refuses to follow his diabetic diet, managing his diabetes becomes less of an issue. The “end of summer” is a good time to cut back on unnecessary medication and cancer screenings that challenge your patient.

Sick patients often claim that they have no medical problems while caregivers roll their eyes. These patients are still in the summer of their lives. Managing your patient’s medical conditions allows him or her to live fully. Your ability to roll back any unnecessary burdens helps lessen the oppressive dog days of summer.

Use plant food for better stamina

Fresh fruits and vegetables are in season during the summer and need to be a staple in your meal planning to boost your vitality. A healthy diet supports patients with chronic illness.

Many caregivers share the same food plans as their loved ones for convenience. But this bond also reminds caregivers of the need to take care of themselves as they care for others. Leading by example demonstrates that you are in this situation together.

Patients often live healthier lives following a life-threatening medical condition. This might appear as a last-ditch effort or last hurrah. Make the most of it and let your patient enjoy more time in the sun. Spend time eating outside and connecting with nature. Promote sunset strolls and be certain you both get plenty of rest. Plants teach us what we need to thrive.

Water is vital to life and an important part of summer fun. Not only does it hydrate our cells, but it also feels great on our skin. Encourage your patient to take a refreshing shower or bath daily. Drinking six to eight glasses of water per day needs to be readily available and easily accessible.

Water naturally fills any empty spaces and typically soothes pain. It provides direction to either go with the flow or swim against the current. People feel buoyant in water and lifted to a more carefree existence. Having the ability to float only occurs when you and your loved one learn to let go. A sense of calmness and rejuvenation will ensue.

Summer rainstorms and thunderstorms are part of life and create the opportunities for cleansing along with an awakening. There is a period of upheaval followed by assessment in the aftermath. After Karl had the fluid drained from his lung cavity, he could hit the shower and begin life anew with a different perspective of his cancer being worse. Water has inherent surface tension and hydropower. Having enough exposure to water will provide Karl the wherewithal to reset his priorities as he enters the next season of life.

One man’s summer is another man’s autumn. While Julie respected Karl’s desire for an endless summer, her overall goal was to have Karl appreciate all four seasons of his end-of-life journey. Few people wish for summer to end and winter to begin without experiencing autumn. “We’re not there yet” meant that autumn may not occur happen in Karl’s lifetime. Julie should ensure that Karl enjoys summertime as well as harvest time.