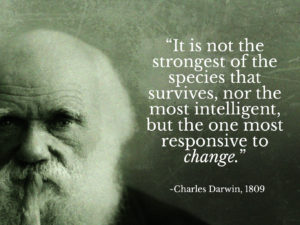 John was an 88-year-old ranch owner who struck gold when he sold his homestead in Wyoming. His “golden years” in Arizona were spent struggling with back pain and caring for his 80-year-old niece with dementia. He ran out of pain medication and presented to the ER for another “handout” of hydrocodone. He admitted that life was taking its toll and he was beside himself from aging. Was it time to stop doing for others and start allowing others to do for him? Might it be time to disavow “survival of the fittest” for the chance to ease his suffering?

It seemed survival of the fittest had cost him dearly. He proudly told the physician that he had $300,000 in the bank and told the nurse that he had sold his ranch for 10 million. He had recently spent $15,000 for both himself and his niece to have a get-well-quick remedy of electromagnetic alignment in a Mexican clinic. In addition, he was not sure if the “male booster” that he was receiving monthly through the mail was doing him any good at his stage of life. Nevertheless, it was being sent by the powers that be for free. The physician suggested that he check his monthly credit card statement for this “free” product.

Survival of the fittest might default to having money to burn, expending large amounts of treasure and energy on the losing prospect of anti-aging. Physicians need to continually remind patients and family members that it is not necessary to prove anything after the age of 85 – survival of the fittest does not apply and is not grounds for advocacy. The “golden years” are meant to be as carefree as the school-aged years. These age groups similarly assume some responsibility, but do require a guardian. Care provided to persons near the beginning and end of life needs to be mindful, conservative and less damaging over the long run.

Survival of the fittest is reflected in the headline article from Medscape – Letting Go: No Reduction in Aggressive Care for Advanced Cancer.  Ronald Chen, MD from the University of North Carolina at Chapel Hill conducted a study that involved 28,371 patients with metastatic cancer who died from 2007 to 2014. His findings indicated, “Despite being ‘widely recognized to be harmful to patients and their families,’ aggressive care is still administered to the majority (75%) of [these] patients.’ Moreover, the article states, “This included about two-thirds of patients who were admitted to the hospital or the emergency room in the last 30 days.”

While some may question both the definition of advanced cancer and whether age is a state of mind, it might be best to define advanced cancer as occurring in people over the age of 85 that cannot be conservatively managed as an outpatient. Naturally, survival of the fittest is called into question anytime these patients arrive in the ED.  The certain reality is that these patients are no longer surviving and are in fact dying. How physicians treat patients at this juncture is to either restore confidence in their being fit for graduation or advocate indignation through their being fit to be tied in an ICU bed.