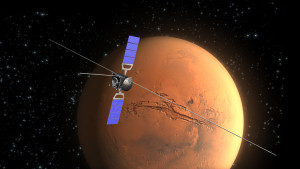 What do I need to know as I age?  While scientists ponder the questions of water existing on Mars and if it can essentially sustain life, my duty it to assess if there is life left in Oliver – a nursing home patient transferred to the ER. Oliver was not oxygenating well, but appeared to be resting comfortably. Reportedly, Oliver had fallen that day and EMS discovered a sizeable bruise on his chest.   Did Oliver have a collapsed lung or did his underlying congestive heart failure worsen? With age, my need to know about other planets and disease processes in patients approaching the end of life has become more selective and less enterprising.

My need to know seems to waver between being perceived as apathetic and/or negligent and having values and/or priorities. Hospital staff was already preparing to save Oliver’s life while I resisted the need to take immediate action until speaking with Oliver’s out-of-state daughter. I initiated the dreaded phone call from the ED at 2:00 a.m. Groggy and incoherent, his daughter needed to know all details about her father’s condition prior to making the decision to allow Oliver to rest in peace. By her command, there was no rest to be given to this wretched diapered man with dementia, Parkinson’s and heart disease, along with the new finding of a dusky blue foot.

This unrelenting need to know often works against one’s better nature to leave well enough alone.   In general, society is wrought with anxiety and increasing fear around death. Will our celestial body end up like Mars, seemingly lifeless and dehydrated?  Presumably, we need to know if Earth is following the path of demise similar to both that of Mars and Oliver. This overwhelming concern intensifies the plea, “Don’t let the sun go down on me.” On a more personal level, Oliver’s daughter mandated that I not allow her father to die. One day Oliver’s daughter will come face-to-face with her own end of life. Has she designated an advocate who will need to know everything wrong with her body as disease overtakes her life and death becomes imminent?

It took less than a minute to realize that Oliver was dying. There was nothing more I needed to discover about Oliver’s medical condition that would justify attempting to prolong his life and sacrifice his dignity. When the discovery period ends, the grace period begins. In my practice of emergency medicine, the demarcation between discovery and grace – intervention and mercy – establishes a clear boundary between treating a patient like a guinea pig or a human being. The medical power of attorney rarely allows for a loved one to have a grace period at the end of life. Grace periods stop interest from accruing, but love holds no bounds to medical intervention at the end of life. Nevertheless, having nothing to do might actually turn out to be amazing – like an unexpected day off work. For many patients, having nothing further done is often the beginning of the end – the end of suffering.

The discovery period encompasses advance care planning, physician counseling regarding end-of-life care and patients yearning for a grace period. The need to know how to care with dignity and grace for people at the end of life does not occur through looking outside oneself, but more so from looking within the universal soul of intuitive understanding. Planet-gazing is most useful if it leads to soul-searching. Advance care planning that incorporates soul-searching provides a means to envision storybook endings. I believe life ends happily ever after through the proverbial assertion that ignorance is bliss. The grace period of feeling blissful upends the discovery period of needing to know about the existence of life.