You are here: Home / Family / WHEN DYING BECOMES MESSY 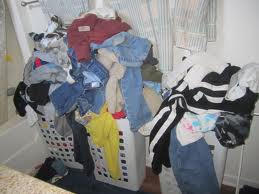 Bucket lists commence the end of life; experiences we wish to realize prior to death. Sadly, I care for patients who tend to create laundry lists; dirty items that seem tedious, laborious, dreary, uninspired and messy.  Typical laundry lists include various complaints, perceived crimes or desired intentions. The extent to which these lists exist creates more discontent with life and potentially messes with the process of dying.

Recently, a seventy-four year old woman with end-stage liver disease was transported to the Emergency Department with nausea. She related that this usually occurs when her ammonia level is elevated. In other words and like most of us, we become sick to our stomach when upsets disturb us physically.  Her laundry list included the uncertainty of how she acquired hepatitis that progressed first to liver cirrhosis and then to cancerous spots on her liver. These lesions were to be treated with chemotherapy.

After she felt better and her ammonia level was acceptable, we discussed her being discharged with anti-nausea medication.  This patient lived with her son, but he did not care to pick her up and her daughter is always too busy. In a sickening realization, she expressed that raising and loving her children did not turn out very well. I gathered that there was a laundry list of crimes within the family dynamics that did not settle well with her stomach.

When the ammonia level is high, the brain becomes sluggish and awareness diminishes.  Similarly in the scheme of life, along with laundry lists, patients have long lists of tasks that typically become messy and challenging to relationships. Having lists with fewer upsets with higher priorities might actually instill peace.  As I perceived the dark spots on her liver being representative of her children, might she consider prioritizing cleaning up the mess with her children rather than potentially messing up her system further with chemotherapy?

Oftentimes, trips to the Emergency Department are not unlike patients bringing their dirty laundry to the cleaners. When lists lack being prioritized, people sadly leave with their dirty items going unattended. I am in the business of saving lives, but who pays attention to the quality of people’s lives? Who is ultimately responsible when relationships are perceived as having failed? Who is called upon to suffer and who gets off scot-free? The answers to these questions may be buried within laundry piles, resulting in messy deaths instead of realizing reconciliation and peace.