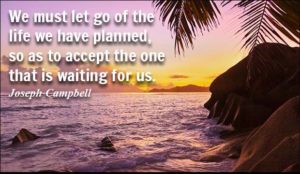 When Letting Go Becomes a Luxury

Silva was sitting in a wheelchair next to her husband, John, who had been admitted to the emergency department due to chest pain and dementia.  Silva herself was recovering from hip surgery which had necessitated their downsizing and moving to assisted living just five days prior.  While John resided in the memory care unit, Silva qualified for the independent living quarters. The stress was tearing the two of them apart and no less than ten family members were at bedside, caught in the middle of this heartbreaking upheaval.

Despite John’s tears and agitated state, he seemed to be destined for a better place. He had a weak heart and a history of a previous stroke and PTSD, yet he maintained the demeanor of a soldier when called to attention by the ED staff. Unbeknownst to Silva, she had become the primary focus of John’s treatment plan. John did not wish for or require hospitalization; he needed palliative care. Silva needed to be able to let go of the metaphorical handle that was preventing others from entering her domain.

The gift of receiving palliative care is that it is less about letting go and more about allowing others in. As a physician, I am often called to woo patients and entice them with the latest, greatest care plan. At my work station, Silva and her son listened intently to my sales pitch regarding palliative care. Building upon the premise that assisted-living is where the living is easy, I explained palliative care bridges advance care and end-of-life transition. It often allows patients the luxury of staying home after they let go of the need to be hospitalized.

Silvia had the choice of doing this the easy way or the hard way. The hard way involved admitting and schlepping John through the tumultuous maze of the hospital, ultimately having him admitted to a skilled-nursing facility. This would leave John even more separated from Silvia. The luxurious way was to have John maintain his footing and dignity through remaining as nearly and dearly as possible next to Silvia. When couples cannot bear to be apart, they suffer undo stress in the long run. How to make the best of a difficult situation is realizing upfront what is important to hold on to and what to let go of.

A recent Fox News article commended the bravery of 14-year-old girl named Jerika Bolen on her decision to forego living with spinal muscular atrophy and withdraw ventilator support at the end of summer. Bolen’s physician, a pediatric palliative care practitioner, stated that the standard of care for patients with spinal muscular atrophy is to provide comfort measures. Reportedly, Bolen expressed that she was “super happy” and no longer needed to think about anything bad.

Similar to Jerika, Silva had to let go of the need to prolong John’s life in order to grant him peace of mind and offer less heartache for everyone involved. A palliative nurse was consulted in the ED and arrangements were made for John to return home. John seemed to be all smiles as I bid farewell. We mutually thanked each other for our career service and the family expressed gratitude. The state of great comfort – luxury – is the quintessential wish to die for and the appropriate accommodation for those near the end of life.