At 69, Bob appeared to be a broken man. He left the hospital the day before and returned to the emergency department (ED) because he wasn’t “acting right.” Bob became upset when a second injection to his abdomen burned and family members were angry that the discharge instructions did not explain this. After four years of receiving treatment for metastatic colon cancer, Bob had reached the breaking point of persecution, but did his vigilant family understand he was dying? 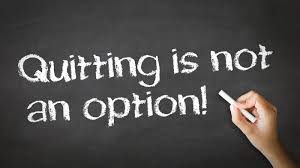 After the physician assistant’s evaluation, I stepped into the room to make my own assessment. Family members appeared to be watch dogs – four on one side of the gurney, five on the other. As they rose to attention, I could feel the angst of having entered unfriendly territory. Most of Bob’s tests in the ED proved inconclusive, but the fact remained that Bob was dying? What were his wishes? Did he want to be in the hospital or at home? Was Bob receiving any palliative care services?

The family’s only goal was to have Bob return to the condition he was last week. They didn’t appear ready to discuss easing up on treatment. His children did not understand what palliative care was and how it might benefit their father. As I explained the “less is more/person-centered” approach, I was virtually tossing Bob an olive branch to use as a baton for self-defense. His family members, like perfectly trained golden retrievers, caught my peace offering of palliative care before he could grasp the concept.

Out of spite for my misgivings, Bob had to stay in the hospital, along with the demand for every possible test to determine why a man with brain metastasis was not himself.  It seemed like the hospital staff owed this family due to our failure to heal the dying. Like Bob, we had no choice in the matter.

These 7 reasons are why Bob didn’t have the choice to die:

Close-minded family members often plug their ears when the end-of-life conversation begins by stating, “We’re not there yet.” Ready or not, options have to be presented and medical decisions need to be made in the ED. Advance care planning has less to do with the loved ones’ final destination and needs to address the goals of therapy during the ED visit. Patients have no real choice in the matter of life and death if family members won’t hear about their loved one dying.

Society views death as a loss and patients who choose to die as losers. Quitters never win. If at first you don’t succeed, try, try again to find something wrong with the patient that’s treatable. There’s no rest for the wretched. So many of these thoughts plague the dying patient. When death is perceived as a failure and the healthcare system is liable for failing to save a life, what real choice does a patient have? Do patients need permission to die? Can patients avoid letting themselves down while standing up for themselves?

There are certainly things we cannot change, but do we have the options of changing the things we can? Who gives us that choice? Who supports a patient refusing hospitalization and medical intervention? Physicians, family members, religious leaders, God? Patients are often alone in refusing treatment. While patients may know of the Patient Self-Determination Act, they’re likely fearful of enacting it. Many prefer listening to their physicians and not upset family members. They either oblige others or risk abandonment.

When the going gets tough, the tough go to the ED.  “Just do it” means there is no option to just be. It’s difficult to respect the power of our yin nature in a yang culture. Receptivity is often in direct conflict with the fight-or-flight response. It seems that “do not harm” has evolved to “no holds barred” even when death is imminent. Few people truly appreciate the power of mindfulness, nonviolence and contentment. When the choice to end suffering is not a viable option, how does someone die in peace?

“You gotta give ‘em hope” is ingrained in every medical student. If physicians diagnose patients with terminal illness, another opinion is often sought until patients find the answer they’re looking for. As doctors, we don’t like thinking of ourselves as failing our patients. We often attempt saving lives rather than honestly speaking with patients about terminal illness. We aspire to practice evidence–based medicine, but often toss a “hail Mary pass” to enact a miracle at the end of life.

Most patients believe that there’s always something wrong with them. Palliative care philosophy insists that there is nothing wrong with the patient, but their symptoms and stress might be better managed. Palliative care leads to end-of-life care, but it promotes quality of life in the present. There’s no concern about what tomorrow may bring if the patient is living fully today. Most chronically-ill patients become sick at the thought of hospital readmission. Home-based palliative care services are not a worthy option because health insurers often only pay for hospice benefits.

When money talks, dying patients have much less of a voice. And most people feel that money should be spent on saving their lives. Illness often fosters entitlement. People are presumably not supposed to die and have no choice but to pay the price for prolonging life. This manner of thinking pads the pockets of adept business people working in healthcare. There’s no good reason to save healthcare dollars when many of the decision-makers are making money from keeping people alive.

With palliative care, the option to do or not do – to live or let die – becomes a matter of free choice. Without palliative care services, patients and their family caregivers resign to only one way of thinking: sacrifice quality of life for the chance to prolong life.