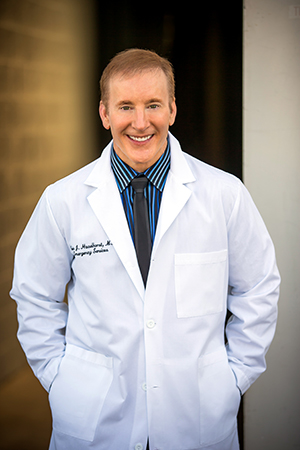 Dr. Kevin Haselhorst has enjoyed a lively career as an emergency medicine physician. While often caring for patients near the end of life, he has become painfully aware that these individuals rarely seem to end life peacefully. These patients are typically burdened by multiple medical conditions, yet are repeatedly admitted to the hospital in hopes of holding off the inevitable. This results in patients and caregivers feeling more self-defeated and less personally fulfilled. In his book, Wishes To Die For, Dr. Haselhorst has caregivers support a loved one’s passage through focusing more on what matters and less on what is feared.
Raised on the outskirts of Trenton, Illinois, Dr. Haselhorst credits his parents for providing and instilling the value of a Catholic education from elementary school to his Jesuit training at Saint Louis University. His goal of becoming a family doctor at Southern Illinois University Medical School evolved into an Internal Medicine residency at Mercy Hospital in St. Louis. While there he moonlighted in the Emergency Department, becoming intrigued by the prospect of making a profound difference in patients’ lives in a short amount of time. He continued to work at Mercy’s Level 1 Trauma Center after his residency and years later moved to the Valley of the Sun – Phoenix Arizona.
What was at first exciting, eventually became exhausting as Haselhorst became a workaholic. This led him to study psychotherapy, live an examined life and contribute to the well-being of children. He began with volunteering as a buddy with St. Louis Effort for AIDS and became a big brother for Big Brothers Big Sisters of Arizona. He participated in Landmark Education and studied under the mystic, Brugh Joy, acquiring a deeper knowledge of coping strategies and spiritual awareness, respectively. The crowning achievement for Haselhorst occurred at the white coat ceremony for his nephew’s induction into the medical field.
Intrigued by what lies in the unconscious, his curiosity and desire for new adventures have catapulted Kevin around the world. From snowboarding in Chile, diving Australia’s Great Barrier Reef to sharing the practice of yoga in Cuba. He has even marched to the beat of a world champion drum corps, the Cavaliers. He contends that if hiking the Grand Canyon rim to rim, each way on subsequent days and running a marathon in Dublin with no prior training, then he can write a book without necessarily being an experienced writer. The wealth of his background is the abundance he shares with his readers.
Dr. Haselhorst is an active participant in the recently formed Valley Death Café. He is a keynote speaker, contributing writer for the Arizona Republic’s Ask the Expert Column and posts blogs on KevinMD.com and theConversationProject.org. With the publication of Wishes To Die For, he aspires to help guide compassionate end-of-life care.
For more information, contact Dr. Haselhorst: DrH@KevinHaselhorst.com