At 90, Ben appeared to be complacent with age and content having others tell him what to do. Every morning Ben experienced transient vertigo while getting out of bed. He happened to tell his visiting nurse about it and she detected an irregularity to his heartbeat and elevated blood pressure. She recommended Ben go to the emergency department.

Ben’s son-in-law, Michael, was contacted because his daughter was out of town. Michael was well-aware of Ben’s history of hypertension and atrial fibrillation. The emergency physician examined Ben and determined that vertigo occurred when Ben sat up along the left side of the stretcher (the same side he normally got out of bed). There was no evidence of a stroke and vital signs were essentially “normal.”

The physician made light of the situation by pointing out that Ben needed more exercise and suggested he enlist in boot camp. His debilitated state and deliberate moments were not conducive to living independently. Ben also had mild cognitive impairment which was destroying his confidence and was not aging well. He was setting himself up for failure. By virtually saying, “C’mon man,” the physician compared Ben to a sports figure making a big mistake.

Ben had exceeded life expectancy, but was it dumb luck or strategic? At what point did Ben realize he had reached old age? Aging tends to creep up on most people and doesn’t occur at one specific birthday.  If age has its privilege, can it also be strategic? Like Ben, most people resign to the “come what may” approach. Ben may not care what happens to him at this point, but Michael and his wife do and they’re caught in the conundrum of being damned if they do and damned if they don’t care.

The resolution to this no-win situation is to begin advance care planning with strategic aging in mind. Aging is defined as having a chronic illness with a debilitated, distracted state. 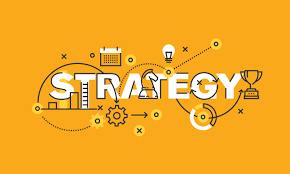 What matters most to Americans is freedom. “Give me liberty or give me death” are the immortal words of Patrick Henry that have inspired generations to prefer freedom as a way of life. Your state of independence (physical, financial and competency) determines your quality of life.

Strategies that support quality of life:

At first glance, Ben appeared to have a good quality of life. Yet he was barely getting by on his own without significant help from others. Ben would not likely admit this, and others are often kind to not point it out. Ben did not think anything was wrong with him when he arrived at the emergency department, but he did not have the wherewithal to go against the nurse’s recommendation. Lacking self-confidence, resources or purpose does not equate to quality of life.

“At least I have my health” does not apply to people aging with chronic illness. Chronic illness means you’ll never ever get better and this will likely be the cause of death. Like fate, you rarely have control over a fatal medical diagnosis, but you can manage the disease. As often stated, “It’s not what happens to you, it’s how you respond that matters.” Is chronic illness viewed as the worst thing that could have happened or a window of opportunity? Which affords peace of mind?

Strategies to living with chronic illness:

Using a spiritual approach like the 12-step program for alcohol dependency creates a different treatment plan for chronic illness. As people become older and sicker, they depend a lot on physicians. Physicians usually practice defensive medicine, ordering more tests and finding more medical conditions to treat. This becomes addictive and is not an effective coping strategy for managing chronic illness. Did Ben understand the risk he took in coming to the emergency department and having Pandora’s Box opened?

Compassion is shown to the aging by offering them the free choice between refusing and accepting medical intervention. Refusing advanced medical care often means the patient will die and is not normally seen as a viable option. Patients with chronic illness often claim, “I can’t live like this anymore.” These patients prefer to remain at home. Palliative care provides these patients peace of mind through effectively managing their symptoms at home. Palliative care is not the end of the road, it’s an integral part of life’s journey.

Strategic aging becomes cyclical and generative. As patients appreciate palliative care, their quality of life improves and they can better manage chronic illness. Many studies have proven that palliative care reduces the “insanity” of frequent emergency department visits and hospital readmission.

With Ben’s no-win situation, Michael was damned if he didn’t do. If Ben was enrolled in a palliative program, Michael would not have been damned. The palliative care nurse would have given Michael permission to pass on taking Ben to the emergency department, offering supportive home services. With both palliative and end-of-life care, there’s little need to involve physicians.

Advance care planning is often discussed in terms of completing an advance directive and assigning a medical power of attorney. Although these forms are useful when patients can no longer speak, it’s more important for them to have a strategic plan that prioritizes quality of life, manages chronic illness and appreciates palliative care.